Who’s on Social Media? It may surprise you.

Social media can seem like another language – it’s a world full of #, @, RT, Selfies, Likes, Shares, and all those weird smiley faces (technically, called emoticons). For many industries, the majority of your customers are speaking to you online – are you listening? Why miss a connection with them just because you can’t seem to give up your flip phone?

Believe it or not, decades ago there were companies that also thought television was a fad – why would anyone sit in front of a box to be entertained? You had the radio for that.

Well today, people aren’t just sitting in front of boxes – they are mobile, savvy and on the go. With paper-thin laptops, tablets and smartphones. Heck, soon they’ll be able to check stock prices and the weather forecast on their watch.

Get the point? Every social media outlet is a little different, yet they’re all the same somehow. It’s engaging the customer where they are. Gone are the days of building one website for you company and you’re done.

Make sure you have a strategy of how you’re going to reach your audience. Not sure where to start? Funny you ask, because we can help.

And, stay tuned for next month’s blog where we’ll help you figure out how to actually MEASURE the ROI of all this and decode the language of social media. Your CFO, and all the other acronyms, will love you for it.

(Triad, NC) – March 10, 2015 – The McDonald’s Triad Co-op that is made up of 26 individual owners and operators of the Triad-area McDonald’s 92 restaurants, has contracted with full-service marketing agency, Bouvier Kelly, to provide ongoing public relations. The effort is designed to connect consumers to the local restaurants’ numerous community initiatives and contributions.

The McDonald’s Triad Co-op selected Bouvier Kelly based on its track record of success in designing and implementing public relations initiatives that heighten brand awareness and preference, as well as its keen knowledge of the local Triad market.

McDonald’s Triad Co-op President Johnny Tart says, “We are excited to welcome fresh and impactful ideas from Bouvier Kelly. They are extremely passionate about McDonald’s, have an ear-to-the-ground awareness of the Triad and we are impressed with their public relations work for other brands.”

The McDonald’s Triad Co-op is comprised of all the restaurants in 13 Triad counties, including Alamance, Caswell, Davidson, Davie, Forsyth, Guilford, Montgomery, Randolph, Rockingham, Stokes, Surry, Wilkes and Yadkin counties. Each owner/ operator is a native, rooted or invested in the Triad area, and all restaurants create and execute ways to support, celebrate and empower their communities. From college scholarships for employees to the support of the Rhythms of Triumph Award Show that recognizes the accomplishments of local African American residents, the local Triad McDonald’s restaurants strive to be a good neighbor every day. They are well-known for the Ronald McDonald House of Winston-Salem, which hosts up to 35 families a night.

Approximately 90 percent of the 14,000 McDonald’s U.S. restaurants are owned and operated by independent business men and women. For more information, visit www.mcdonalds.com, or follow McDonald’s on a local level on Twitter @McD_Triad.

The popcorn tasting on December 10th was a big hit. Who knew that most of the people working at the agency were so fond of popcorn? Our Office Manager, Brenda, who had this great idea for a tasting did – that’s who.

We sampled 24 flavors of popcorn from Gatelyn’s Gourmet Popcorn. Out of all we tasted, “Reindeer Food” and “Ragin’ Cajun” were our favorites.

If you’re looking for something to bring to all your holiday parties, it’s the perfect gift. From sweet to savory, Gatelyn’s got every kind of popcorn you could ever dream of. Gatelyn’s is located at the Shops at Friendly Center and also offers fudge, candies and all sorts of other goodies. 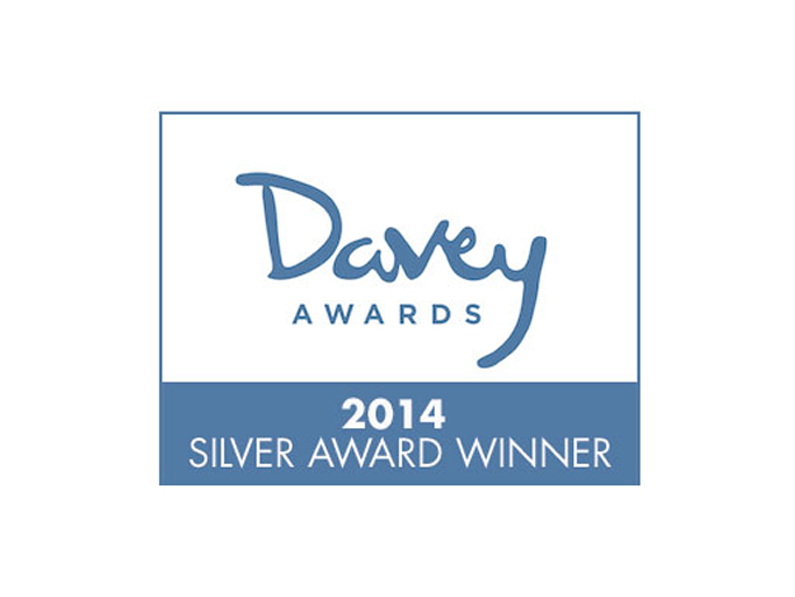 (Greensboro, NC) – December 2, 2014 – During the celebration of its 40th year in business in Greensboro, Bouvier Kelly has won four 2014 Davey Awards. The prestigious award honors the best in web, design, video, advertising and mobile concepts from small agencies across the world and winners are selected by the Academy of Interactive and Visual Arts.

(2) Awards for a print campaign for flame resistant garment