Results You Can Touch: The Continued Success of Print Media Advertising 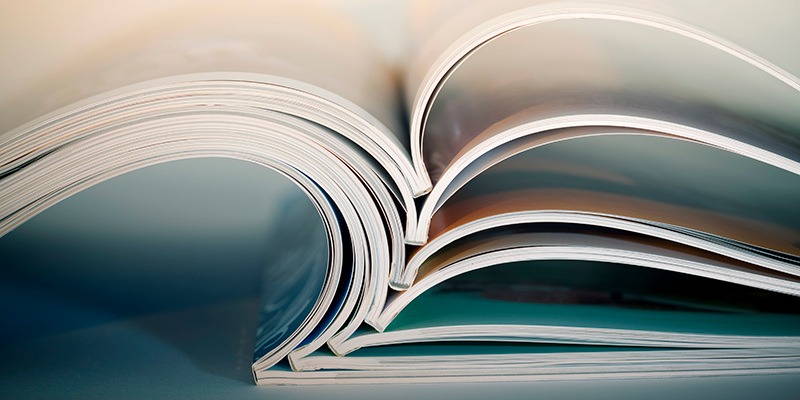 There’s no question that digital media is pretty well-ingrained in our culture, leaving many to doubt or dismiss the efficacy of print advertising. But as you’ll see below, print media is still capable of delivering an impact that can be difficult to achieve digitally. And its audience may be wider than you think – 90% of adults 25+ still read magazines (GFK MRI Spring 2016). So how and why is print media advertising thriving?

According to Statista, between 2002 and 2015, nearly 2,000 new magazine titles were launched. Magazines with long, storied histories branched out (GQ Style). Some, like Domino, came back after a long hiatus and much demand.  Even brands built on the web (AirBnB and Pulse) or television (HGTV) launched print titles to satisfy their eager audiences.

Data shows that 95% of Americans under the age of 25 still read print magazines. [Source: MNI]

Essentially, none of these new magazines would exist if there weren’t demand. And where there is market demand, there are advertisers. But we’re a fickle bunch, and we won’t continue to use a tactic that doesn’t produce results. So how exactly is print media containing to provide value to advertisers and brands in this increasingly digitally-focused age?

For one thing, print ad recall has been shown to be a whopping 75% as compared to digital’s 44%. What makes digital ads so much harder to remember? One reason is time.

Say you’re arguing with your friend about another hard-to-remember fact from high school. You open up your mobile web browser and Google the question. You click the first result that looks likely to offer the right answer. Did you see the banner ads down the side of the page you land on? The in-read videos? If you’re focused on your question, probably not (unless it’s a really good, relevant ad).

But when a reader picks up a magazine, they’re more focused on the topic at hand. Because magazines tend to center on a specific industry, activity or niche, your audience is already pre-qualified (provided your brand is complimentary to that niche). And because the reader is carving out time to read the magazine (unlike another absent-minded Google search), it’s more like that you’ll have access to their undivided attention.

So whereas people are becoming more attuned to glaze over yet another banner ad, reading a magazine they care about might make them look at ads in a more favorable light (especially the relevant ones that fit the fabric of the magazine). 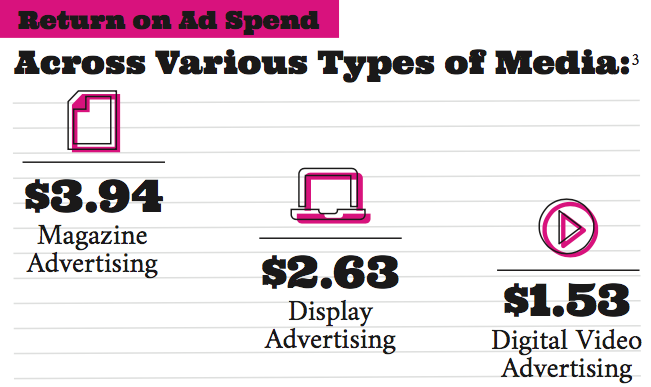 The ROI of magazine advertising is almost double that of digital ads. [Source: MNI]

The increased recall and appreciation for print ads can be a result of longer times spent with magazines, the difference in their level of focus, and the physical engagement of their senses. In fact, one study suggests that a truly compelling print ad can even create a false memory of having tried the product.

But as much as all this means that you shouldn’t jump ship entirely to digital for your brand’s ad campaign, neither does it mean the opposite.

Digital and print each have their place in a campaign. Considering the totality of a user’s experience with your ads can help tailor and improve your advertising efforts. A print ad that demands the reader’s attention and energy has a much higher chance of endearing your brand to them than a leaderboard banner ad that has to compete with everything else on the page. It may even have a higher chance of inspiring action.

So as with every aspect of your campaign, consider your goals, audience, assets, and budget and decide how much room your media plan has for print. One thing is for sure: print media is still producing results when applied strategically.

Special shout-out to our friends at MNI for sharing these stats with us.