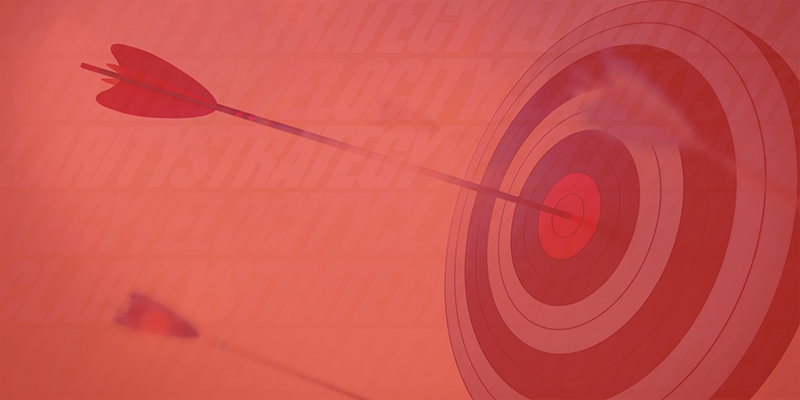 At the start of any campaign, it’s critical to outline what kinds of metrics are most important to establish your definition of “success.” That definition will vary quite a bit, depending on the size, scope and goals of your campaign. But by making a clear distinction as to what your Key Performance Indicators (KPIs) are, you will have a better ability to judge your campaign’s progress as it is underway and once it’s completed. KPIs tend to differ based on what phase of the “buyer’s journey” your campaign is targeting, so let’s take a look at a few key examples for each of those three phases.

REACH
Related to Impressions is the measurement of Reach, which counts the unique total number of people who saw your creative. Reach will always be a lower number than Impressions, as campaigns often serve your ads to the same people between 2-4 times. An important way of looking at Reach is thinking of how many people were potentially in your audience, and what percentage of them did you actually reach?

VIDEO VIEWS
If your campaign creative features video of any kind, total Video Views is another important metric for the Awareness phase. Much like Impressions, they are a measure of how many times your videos were seen. In addition to Video Views, statistics like Average Percentage Watched or Total 100% Completions (the names for these metrics might vary from platform-to-platform) are good ones to consider, too.

ENGAGEMENT
If you’re running any kind of campaign with a social media component, Engagement is a great KPI to measure. That can be broken out any number of ways, including post Likes, Shares and Comments, as well as the overall sentiment of the interactions (positive, negative, indifferent). These will give you a sense of what the overall interest-level of your campaign was, with higher engagement metrics usually indicating relevant, enticing ad content and messaging.

CLICKS & CLICK-THROUGH-RATE
Here, you’re looking at how many people actually clicked your ad once it appeared in their social media timeline or wherever your ads are being served. This gives you an idea of how compelling your creative messaging and visuals are, and which versions of your creative perhaps resonated best with your audience. (Side note: It’s always a good idea to run a few variations of creative in any digital campaign to test your messaging).

The Click-Through-Rate (CTR) is a ratio of total Impressions to total Clicks. This is good to keep an eye on when comparing creatives across different campaigns, as a campaign that has lower Impressions, but a better Click-Through-Rate might actually have more valuable messaging and visuals than a campaign with more impressions and more clicks but a lower CTR. There are also often many benchmarks for various industries with which you can measure your CTR to see how you stack up against other advertisers in your space.

LANDING PAGE VIEWS
One step beyond Clicks is Landing Page Views, which is somewhat of a Facebook-specific metric, but it can usually be calculated from other platforms, too. This looks at people who clicked your ads and then waited until the full landing page loaded after the fact. It’s a better measure than Clicks if you can get it, because it addresses more the strength of your landing page, as well as removing those accidental clicks that may have occurred during the campaign (especially if your campaign features a lot of mobile placements).

BOUNCE RATE
This measures the percentage of people who visited a specific landing page and left without interacting with the page. Essentially, it means they came, they saw, they left. Much like Landing Page Views, it can indicate how well-designed your Landing Page is. Average bounce rate benchmarks are between 40%-60%, so if you’re seeing results higher than that, it may be worth evaluating your Landing Page for potential drop-off points like load-time, irrelevant content, etc.

CONVERSIONS
This is where some of the most relevant, impactful KPIs come into play. Whether you’re looking at website purchases, webinar sign-ups, mailing list subscribers or any other “conversion” event, those should be the focus of your Decision-phase campaign. Now, many times you might track Conversions within an Awareness or Consideration campaign, but those should not necessarily be your primary focus if you are targeting an audience that is not yet in the decision-making phase of their buyer’s journey. 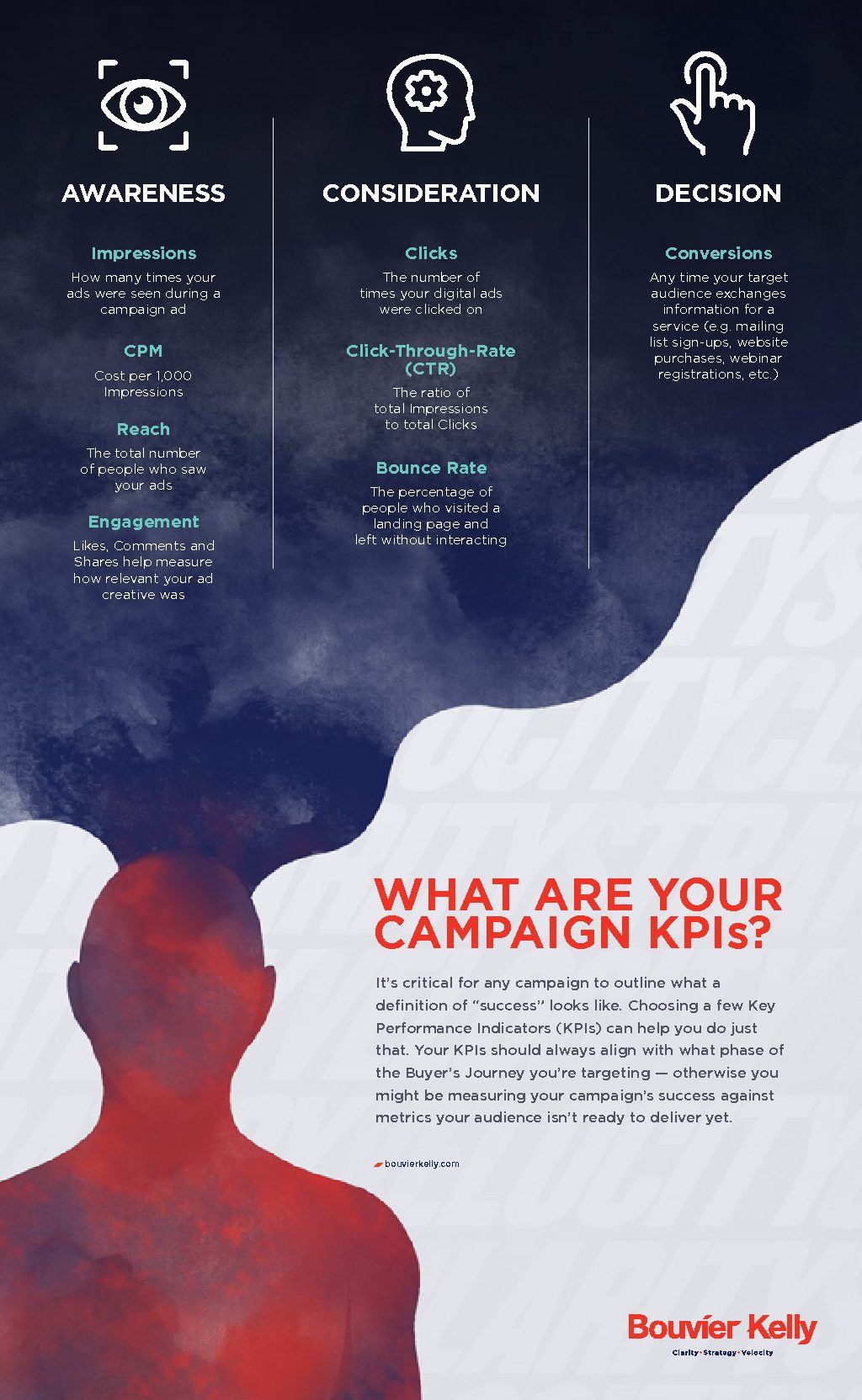