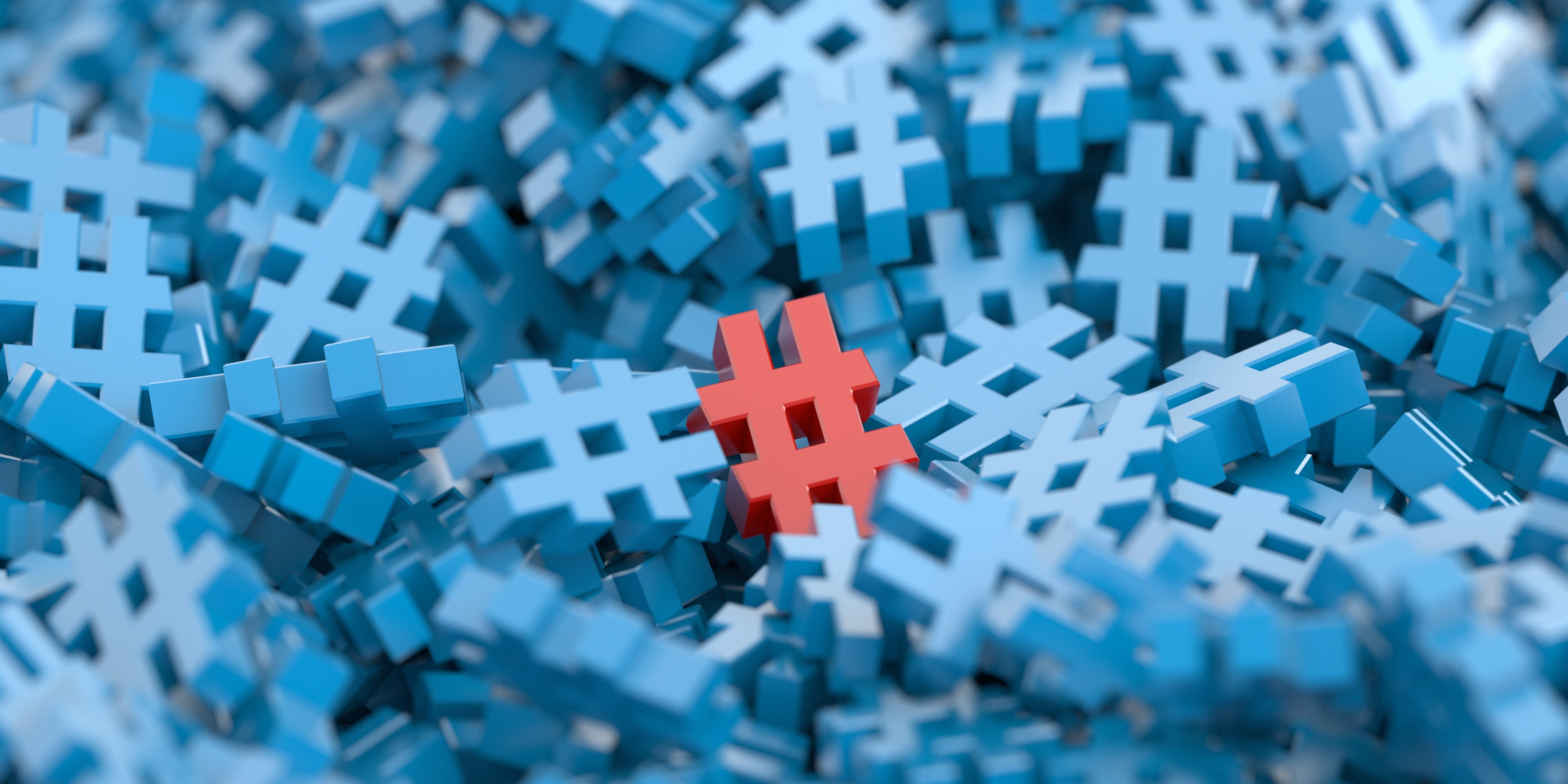 What’s the deal with #hashtags?

If Jerry Seinfeld’s eponymous sitcom were still on the air today, you could imagine an episode opening with such an observation. Heck, many of you might be wondering the same thing: what is the deal with them, anyway?

Well, we can tell you.

The origin of how the “pound sign” on the telephone morphed into one of the internet’s most recognizable call-signs is a bit cloudy, but one thing’s for sure: the hashtag is here to stay. You’ve no doubt seen posts on your social media feeds peppered with hashtags, from the hyper-specific (#NeoConEast2016) to the inconsequential (#Fun). There’s a larger picture to consider with this seemingly random #SmashingTogetherOfWords. They have quite the marketing potential when used for the benefit of your brand. Here are some ways we’re using hashtags in our social media programs:

First and foremost, hashtags are very useful from a branding perspective. By using a branded hashtag (e.g. #DRST8Crossings, #GetBackUpToday), you can reinforce your brand across social media platforms and provide a way for followers to view all of your social media content. This includes tweets or posts about your brand from your followers. Branded hashtags are also especially useful for User Generated Content campaigns. Your followers can submit their own content for use on your owned-and-operated social platforms and, by adding a branded hashtag, it will be added to the content you are already generating. It’s a win-win for you and your audience.

Employing hashtags in conversations on social media is a perfect way to get your messaging to cut through all the jibber jabber. When we cover the National Folk Festival in Greensboro, we tag all posts with #NCFolkFest and encourage followers to do the same. That way, organic conversations can be followed and contributed to, while followers are out dancing and singing to the festival artists.

??? Parting is such sweet sorrow! Until next year, Greensboro! ??? #NCFolkFest pic.twitter.com/550vCxyCIy

You might have also seen hashtags used this way during Twitter chats, which allow multiple users to conduct a chat around a particular topic. This uses the existing structure of Twitter to group conversations in a way you could not otherwise.

If you’re an Instagram user, you have more than likely seen what we affectionately refer to as “hashtag soup.” Following the caption on a post, you might see upwards of 10-20 different hashtags, which again, can range from specific to broad. It’s not necessarily the most aesthetically pleasing, but these hashtags can actually be the largest driver of organic growth on Instagram, which doesn’t offer follower generation campaigns like Facebook or Twitter (yet).

Hashtag Soup can therefore be a terrific way to get more eyes on your posts. We do hashtag research before we start any new Instagram account to make sure we’ll be able to tap into existing conversations and get posts seen by new followers on a daily basis. For instance, one client was seeing only 10-15 new followers per month. With curated Hashtag Soup, we are now routinely hitting between 60-80 each month.

Get Your #Hashtag On