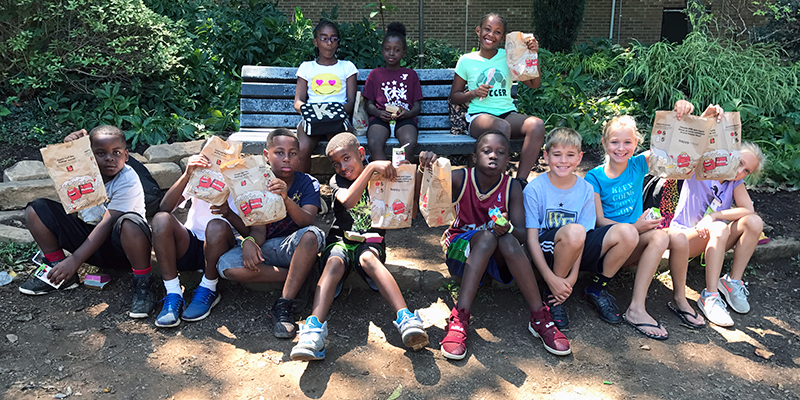 There is a staggering food gap among children in central North Carolina, especially during the summer months when school is not in session and they do not have access to free or reduced breakfast and lunches. With 1 in 4 children suffering from food insecurity in the area, our client, McDonald’s of the Triad, set out to raise the level of awareness and actively involve local customers to take part in providing a solution.

To address this issue, our client enlisted our help in bringing a regional McDonald’s initiative — the Buy One Share One Happy Meal® Campaign (B1S1) — to the Triad. While B1S1 isn’t something new for McDonald’s, we approached it from a slightly different angle. In most other markets, B1S1 runs during the months of November through December to provide meals to children during the holidays. However, we knew that in our area specifically, the larger need occurs during the summer since many local children rely on school-provided meals as a part of their daily nutritional intake. When school is out, they often go without a meal. So, to effectively address this need, we opted to run this program from June-August.

After establishing the basics of the campaign, we set out to find a local organization that we could partner with to help execute our plan. We landed on Second Harvest Food Bank of Northwest North Carolina: a major food bank in our area that has been working to eradicate hunger in northwest NC for almost 40 years. We were excited to learn about their Summer Feeding Program, a program designed specifically to help children who are most at risk of suffering from food insecurity during the summer — this would dovetail perfectly with our client’s goals.

With this partnership, we were able to establish the campaign guidelines: for every Happy Meal purchased on Mondays during the month of June, one would be donated to Second Harvest. Then, in conjunction with their partner agencies, the food bank would distribute these meals to children in their Summer Feeding Program.

We knew the success of this campaign relied heavily on its execution — specifically, making sure local community members were aware of and participating in the initiative. While we did engage in some traditional forms of advertising like hanging window clings in each restaurant and working with a local company to negotiate the placement of eight pro-bono digital display billboards throughout the Triad, we relied primarily on traditional public relations tactics to raise awareness within our local community.

To do this, we leveraged existing relationships with local television, newspaper and radio stations to get the word out. Since it was a month-long initiative, we wanted to remain in the news cycle as much as possible. We knew that to achieve this, it would be crucial to come up with different tactics for engaging local media so that the information never seemed stale or repetitive.

We decided to engage the media at three different touchpoints throughout this initiative: Pre, During and Post Campaign. We also refined our approach so that we were actively spreading the larger message of “food insecurity within children” and then narrowing down the message by showing what McDonald’s is doing to make a difference locally. 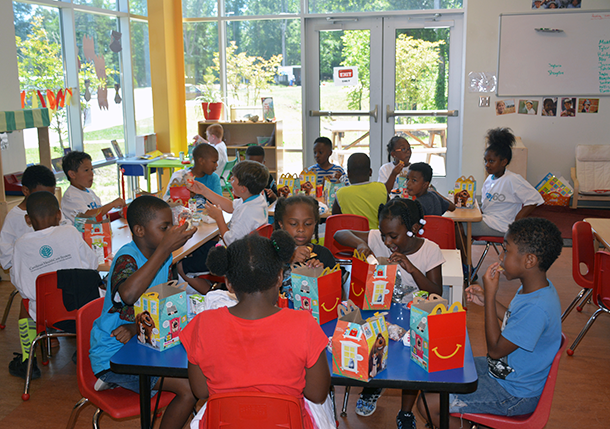 During our “pre-campaign” stage, we arranged for a local restaurant owner interview on 98.7 Simon’s Sunday morning radio show the day before the campaign was set to begin. We used this time to discuss the program’s goals and announce all its important details. Then, on the first Monday morning of the campaign each year, we had another local owner appear on WFMY News 2’s Good Morning show to help announce its official start. To round out our pre-buzz efforts, we also submitted the campaign details to local event calendars for community members to see.

In addition to posting about B1S1 on Triad McDonald’s social media accounts, our team engaged media during the campaign by inviting them to semi-spontaneous food deliveries in July to children at specified summer camps. Over the course of the campaign, we coordinated more than 10 Happy Meal deliveries and received media coverage for almost all of them.

Lastly, we sought out post-media coverage by sharing the program’s outcome far and wide. In addition to the number of meals we delivered to children at summer camps, we would report on the total number of meals donated during each June as a result of local community participation.

The success of this campaign rested on our ability to effectively alert local community members throughout the execution of both traditional and non-traditional public relations tactics. From a media relations standpoint, we could not have asked for a better outcome. Each year, we were able to secure coverage in several of the major media outlets in the Triad including television interviews on all three primary TV stations (WFMY, WXII and Fox 8), print articles in key newspapers like The News & Record and High Point Enterprise and digital coverage on dozens of websites and social media accounts. Our efforts resulted in the generation of millions of potential media impressions, which can be seen by the increase in participants each year.

But the most important result we got from this campaign is the number of children we were able to provide with a balanced and nutritious meal when they needed it the most. For three years in a row (2015-2017), we significantly increased the number of Happy Meals donated to local children in need. 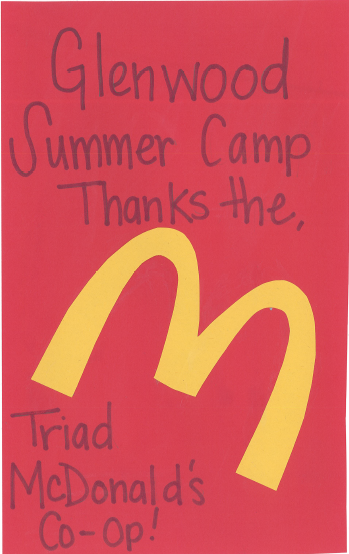 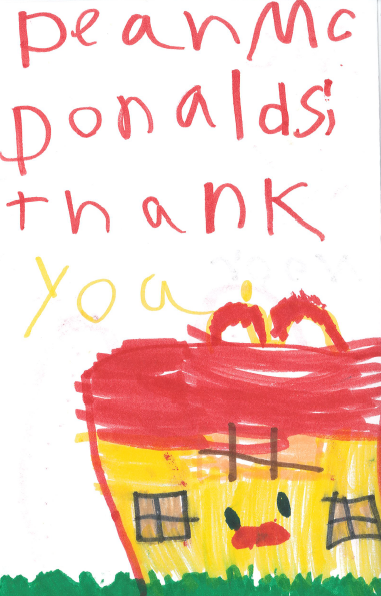