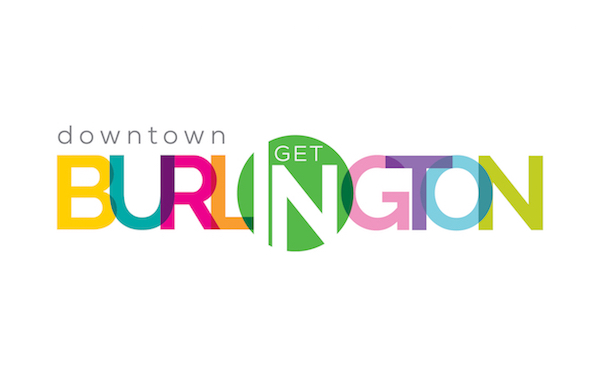 Branding a city or an area of town can be a great benefit to the local economy. But fair warning, to do it you’re going to have to have a little fun! Take a look into our process for when we branded Downtown Burlington.

Burlington, North Carolina is a small town with a big history. Known primarily for its contributions to the railroad and the textile industries, it’s also where nylons were invented and the flag on the moon was made. Behind every bit of the city’s history is its people, a strongly rooted community that built their city together step by step. When it came time to forge a new vision for the future of their downtown area, they came together to build an authentic brand that will boost investment, enterprise, and resident pride.

The relocation of LabCorp, one of the city’s largest tenants, created a large property vacancy in the downtown area. The BDC saw this as an opportunity to rebrand, refocus, and expand. The area was under populated and had few restaurants, shops, and nightlife. A plan to bring new life and energy to downtown was launched, with the goal of making it the thriving center of the city again.

BKI worked hand in hand with the BDC’s newly formed Brand Committee to find the voice of the community straight from the mouths of its residents. Input from business owners and community leaders was vital to crafting an authentic message that told the story of Burlington’s past, present, and goals for the future.

The Campaign – Get In

After much research, long conversations, and exploration into the heart of downtown, a message rose to the top of everyone’s minds that would convey a sense of unity and a call to action. “Get In” is simple, straight to the point, but speaks to the urgency and energy of the new Downtown Burlington vision. It’s welcoming to any future investors, a reminder to the current residents to be involved, and a bold statement that the area was moving forward full speed ahead.

The added benefit of the message was the ability for local businesses and organizations to make it their own. The call to action could be personalized no matter who needed it- “Get In The Blend,” “Get In To Zack’s,” “Get In The Boutique” were just a few of the first utilizations of the message. Now doesn’t that make you want to explore what’s behind the doors of those businesses?

The brand launch event was packed. Locals flocked to the event to see what the new look and vision were for the area they cared so much for. The energy was tangible. The early stages of the campaign have been an overwhelming success. Excitement is at a high and investment is beginning to increase.

The goal of creating a brand that illustrated the vibrancy of the downtown area and its people was met. Downtown Burlington now has an image to display that they can be proud of, and one that will motivate the entrepreneurial, artistic and creative spirit of the town. The success will continue to show over time as new investors and current residents increase their involvement in the area as they answer the call to “Get In The Mix!”