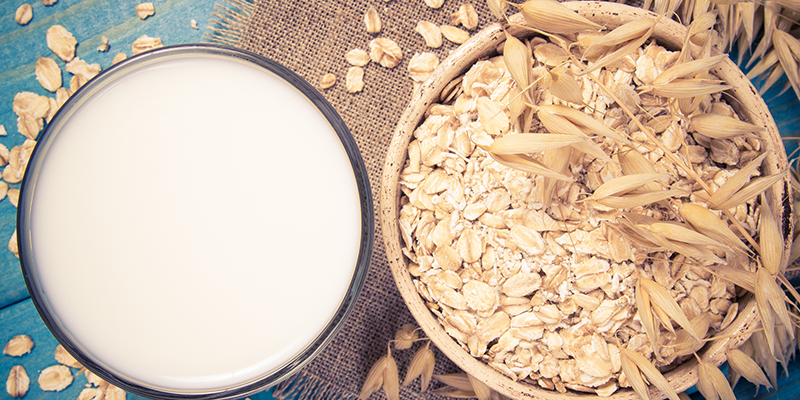 Every brand dreams of a marketing strategy that is creative and functional enough to help drive demand for their product or service. But what happens when your strategy is so effective and demand becomes so high that you actually run out of the thing you’re marketing?

Established in Sweden in 1994, Oatly is food and beverage company that invented oat milk: an alternative dairy source developed from research on lactose intolerance and sustainable food systems. Despite its nearly 25-year existence, the company did not gain a lot of traction until a few years ago when a revamped marketing strategy helped put their brand on the map in Europe.

Oatly eventually made its way to the U.S. market in late 2016. Instead of introducing their oat milk on grocery shelves and promoting its tongue-in-cheek branding through traditional advertising, the company opted to utilize specialty coffee shops as oat milk ambassadors. These influential advocates would raise awareness of their product with the hopes that this targeted approach would slowly grow a faithful following.

In just one year, Oatly spread from 10 locations in New York to more than 1,000 locations nationwide as demand for their oat milk boomed. In fact, “exploded” is probably a more appropriate word to describe their growth. This niche approach, timed perfectly with an insatiable demand for dairy alternatives, made its oat milk so popular that the company literally ran out.

Demand for the product became so high that the Oatly production team could not keep up. This past March, coffee shops across the country were without oat milk for upwards of a few weeks, leaving coffee shop owners and customers shaking their fists and earning the company a few headlines in the process.

Oatly responded to the shortage with an apology and a promise to ramp up its production. But despite their efforts to quickly resolve this issue, coffee shop owners and oat milk lovers alike were left pondering a valid and important question: How did this happen? And would it be an issue again?

Here’s the thing: Oatly had no idea of just how popular they were going to become. They knocked it out of the park when it came to their marketing tactic: introducing a high-quality product with little to no competition (oat milk) in an increasingly expanding field (alternative or non-dairy products) into a new market (United States) through a select and controlled medium (specialty coffee shops).

But they failed to ensure their supply chain was equipped to handle such a swift climb to the top. And a blunder like this can affect more than just a brand’s short-term revenue – it can have a lasting impact on their long-term reputation.

And while we haven’t seen it happen yet, miscalculations like this also open the door for a competitor to step in and deliver the service you had previously cornered the market on.

It may seem a bit obvious to consider, but the next time you’re developing a marketing plan to promote your product or service, don’t forget to stop and evaluate whether or not you have the capability to deliver on your promise. Once damaged, brand reputation can be a difficult thing to revive. And in today’s world where most markets are overflowing with high-quality brands, you want to be sure yours stands out for the first-class commodities that you offer – not because of your shortcomings.