BKI Hot Takes: The Past, Present & Future of Black Friday

The origins of the term “Black Friday” are a bit murky. One common theory suggests it was named for the day’s ability to bring retail stores “into the black” for the year. Another competing narrative says that members of the local Philadelphia police department called it Black Friday in the 1960’s due to the increased burden on their officers.

However the term came into our lexicon, one thing is clear: Black Friday remains the single largest retail shopping event of the entire year, even as mobile purchases continue to overtake in-store purchases.

You’ve no doubt seen the videos of the mad rushes that ensue in the early morning hours after Thanksgiving Day. Maybe you’ve even fought through the crowds yourself! After Kmart began opening their doors on Thanksgiving to combat the craziness in 2009, other retailers ran with the idea and began opening all day on Thanksgiving. That backfired in 2014 when retailers saw the first major dip in “Black Thursday” sales, and ever since, there has been a move back towards the traditional Friday-only hours.

In the last few years, however, we’ve seen an even more surprising development: Some major retailers are not opening their stores at all.

The leader of this pack is REI, whose #OptOutside campaign urged people to forgo the calamity of Black Friday in favor of spending time outdoors with loved ones. It was a bold move, especially considering how lucrative Black Friday earnings tended to be.

REI’s trendsetting move worked for one reason: It was a sincere representation of the brand. In addition to the company being a co-op “owned” by more than 6 million members, REI’s emphasis on the natural world and sustainable practices lends itself to sitting out on Black Friday. 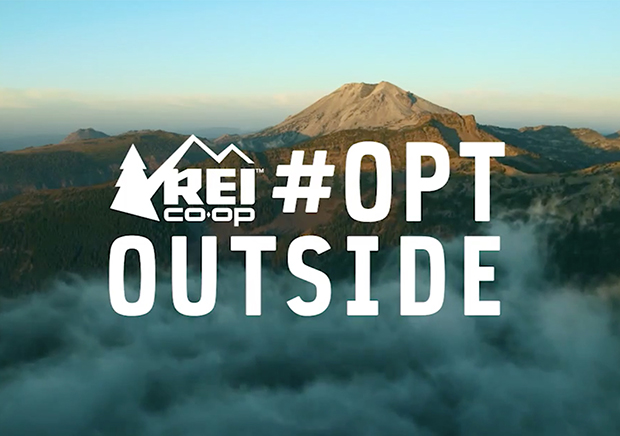 Their CEO recognized a shift away from “promotions and consumerism,” so REI put a stake in the ground and let their audience know where they stood. And even though the company had enjoyed massive Black Friday profits in years past, shuttering nearly 150+ stores worldwide has only earned them more goodwill with their customer base.

They’ll continue that tradition in 2017, taking things a step further: the company will not process any online sales on Black Friday and instead offer employees a paid day off to spend outside.

This “opt out” mentality is trickling down to smaller brands, too.

Los Angeles-based clothing company Everlane, who pride themselves on supply chain transparency, creates Black Friday Funds each year to help out the men and women who make their clothing across the world. For example, their 2016 campaign used Black Friday profits to purchase thousands of moped helmets for workers in their Vietnamese facility, emphasizing their desire to give back to their people instead of simply promoting their products.

Now, this is not to say that all brands should be eschewing the traditional Black Friday bonanza, but it’s worth noting that a large contingent of major retailers (including H&M, Guitar Center and Nordstrom) are keeping their doors closed on Thanksgiving this year.

Consumers seem to be mostly comfortable with this course-correction after the years of Black Thursday, too. A recent survey by BestBlackFriday.com found that only 15% of those polled supported stores opening on Thanksgiving.

We expect to see online sales continue to dominate Black Friday, especially as consumers move further away from brick-and-mortar establishments and wait for deals on Cyber Monday. The days of stampeding crowds and bleary-eyed employees might be coming to an end sooner than we think