BKI Hot Takes: Will the Future Be Augmented? 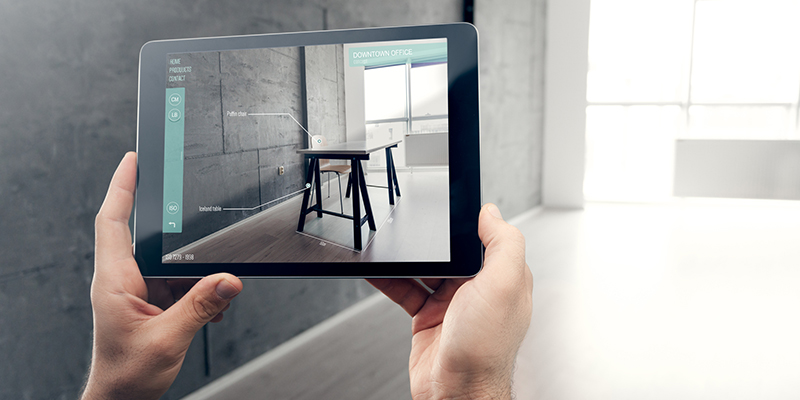 Remember the great Pokémon Go craze of 2016? For many consumers, it was their first taste of a growing technology called Augmented Reality (AR). In contrast with its more immersive cousin, Virtual Reality (VR), AR hasn’t received the same outpouring of enthusiasm and “game changer” accolades. But as the limitations to full-scale VR adoption become more apparent (cost of creation, costs of expensive headsets required to view, etc.), marketers are slowly coming around to the potential of AR. Let’s explore some of the ways brands and agencies are already incorporating it into their future campaigns (and what its future holds).

Some consumer-facing brands are already taking advantage of the possibilities of AR. For example, the makeup titan Estée Lauder offers an app that allows people to try on various shades of lipstick. Try-at-home eyeglasses company Warby Parker’s new iPhone X app allows customers to capture images of their face and then digitally try on their favorite pair of glasses. Similarly, don’t be surprised if we start seeing apps from our favorite clothing companies that allow you to try on articles of clothing without ever visiting the store. The Fashion Innovation Agency at London College of Fashion even went as far as to create an app that allows fashionistas to replicate the catwalk in their own living room, allowing users a front-row seat at a high-end fashion show without having to leave the house.

Outside of Pokémon GO, another common experience with AR has been branded Snapchat filters and lenses. From top Hollywood movies to political candidates, a wide range of marketing campaigns has created branded Snapchat experiences. Home to a much younger demographic than older platforms such as Facebook or Twitter, Snapchat gives brands a way to augment people’s social media presence with a fun, easy-to-use piece of technology that fits seamlessly in with their typical app experience. 2017 was the year of the dancing hot dog—what piece of Snapchat AR will capture our attention in 2018?

If you’re a wine drinker, you might’ve come across a new series of wine with labels unlike anything else in the grocery store. Australia’s 19 Crimes took their country’s history of convicts and ne’er-do-wells and turned it into an AR experience for shoppers. By downloading their proprietary app, you can learn the history behind the convict on each label, letting the character come to life right before your eyes to tell their story. A bit gimmicky, yes, but when so many of us buy wine solely based on the label (no judgments), it’s clever uses of AR like this that help set 19 Crimes apart from the pack.

Augmented reality may well transform the way many Americans spend a large portion of their lives: driving. Long a staple of video games, the “heads up display” offers an augmented look at your surroundings. In the automotive world, it might mean Google Maps highlighting your upcoming turn with a large arrow or displaying the caller ID information of an incoming phone call. Of course, this is all in the hopes that whoever is designing these displays will find a way to not exacerbate the problem of already-distracted drivers. Augmented reality might also make it easier for those of us without intimate working knowledge of our car engines to actually change a spark plug or repair our carburetor. 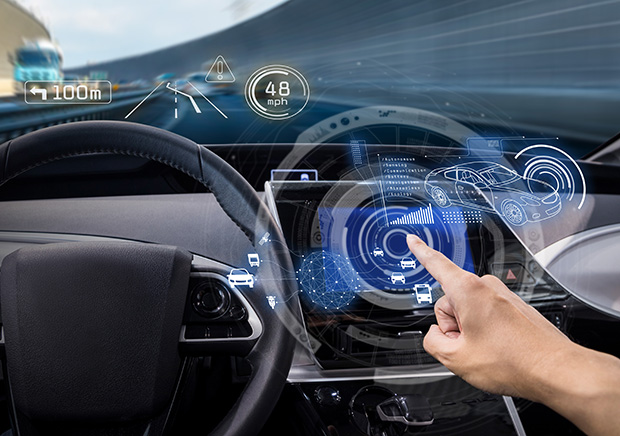 THE FUTURE OF SOCIAL MEDIA

If you’re at all familiar with the dystopian Netflix series Black Mirror, you’re already aware of one possible evolution of social media: the transposing of our digital landscapes of likes and dislikes onto our physical world. But AR doesn’t have to create this kind of nightmare scenario—it will likely just enhance our current behavior, allowing us to view the Instagram feed of a new restaurant as we pass it on the street, for example. Or maybe we’ll get to enhance live Facebook videos with an augmented filter set that places us in a professional TV studio or a faraway galaxy. It will give consumers another layer to interact with and take an even closer peek behind the scenes.

B2B WON’T GET LEFT BEHIND

Though consumer-based marketing will likely have the most fun with AR, there are plenty of opportunities for it in B2B environments, too. For example, think of how much you could improve a training session in a high-stress, high danger environment like an oil rig or production line. By using AR to demonstrate processes without having to involve inexperienced employees, you could significantly cut down on risk and liability.

Whereas products like Google Glass failed to capture the consumer market, they still hold great potential for the B2B world. Inspecting an assembly line, providing visual aids during a pitch or presentation, cutting down on time spent with dense, technical manuals: these are all ways in which a Google Glass-type technology could benefit technical industries that aren’t concerned with outward-facing marketing campaigns.

The preceding examples illustrate the exciting and innovative ways augmented reality can and will change our living environment. So why isn’t AR more of a mainstream phenomenon? For starters, the costs of creating content specifically for AR can be prohibitively expensive. iOS11 does include a developer toolkit for those ambitious enough to create these experiences in-house, but that suite still requires experience and know-how that not many developers (or marketing budgets) possess.

In addition to the high costs of creation, there is not yet a standardized way for consumers to engage with AR content. Much like the QR code (which has only recently been semi-standardized by Apple), AR technology often requires a proprietary app or download to work. As the mobile devices of most American consumers is already crowded with dozens of apps, asking them to download one more that only has one application can be a tough wall to run up against. It should be noted, though, that the success of Pokémon Go and Snapchat have left consumers with a taste for AR, so the market is ripe for apps that offer enough versatility or benefit to justify the download.

As mobile phones continue to become the dominant way in which people consume content and connect with each other, it’s only logical that AR will play a larger role in digital marketing efforts. Because it doesn’t require expensive headsets and controlled environments, AR fits more seamlessly within the mobile experience. It allows for marketers to augment consumer behavior in exciting and beneficial ways. And for now, it allows for brands to have a marked advantage over one another.

So will the future be augmented? No one can say for sure, but it’s looking more likely to be augmented than virtual.