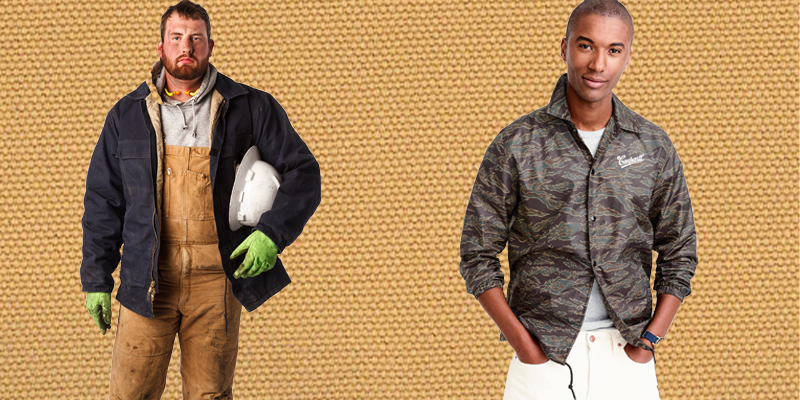 Founded in 1889, in Dearborn, MI, Carhartt occupies a place in American culture few brands can lay claim to. On the one hand, they are a ubiquitous symbol of the working class, the favorite garment of farmhands, laborers and outdoor lovers.

But they also play a major role in the history of communities like hip-hop, extreme sports and “streetwear.”

So how does one brand manage to appeal to two groups of consumers who likely don’t overlap anywhere else?

Our latest Brand Study explores this tale of two brands.

Carhartt is best known for its no-nonsense approach to workwear. Its iconic duck canvas jacket has been worn for generations, largely in their signature “Carhartt Brown” color.

Whether it is lumberjacks felling trees in the pacific northwest or auto workers in the assembly lines of Detroit, Carhartt’s customers have remained fiercely loyal.

This despite the company’s refusal to ever sell their garments at a premium or in discount stores like Wal-Mart or Kmart.

Carhartt has been used as a political symbol, too. It’s been deployed by politicians across the spectrum to evoke a connection to the so-called “everyman.”

Barack Obama was photographed wearing it during a 2015 trip to Alaska, while the state’s most famous politician, Sarah Palin, has a well-documented love of the brand.

Much like what kind of beer a politician prefers (Domestic? Imported? Craft?) has become a talking point during each election cycle, so, too has wearing Carhartt been seen by some as an attempt to connect with blue-collar workers.

While Carhartt has spent the last 130 years in the company of the working class, it has also been the favorite of “streetwear” enthusiasts since the mid-1980s.

The brand’s superstar status in this community began somewhat nefariously, having been described by the New York Times in 1990 as the favorite choice of drug dealers who loved Carhartt’s deep pockets.

Carhartt received another boost of street cred from the seminal hip-hop label, Tommy Boy, who gave away dozens of custom-made Carhartt jackets to tastemakers and industry influencers. 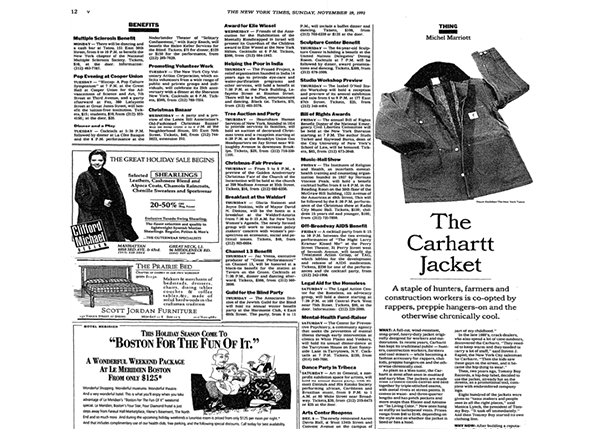 The New York Times’ 1990 feature on the Carhartt Chore Coat.

It was during this period that Carhartt caught the eye of two European denim designers, Edwin and Salomée Faeh.

While their original agreement was to import and sell original pieces across Europe, they soon gained enough trust from Carhartt’s founding family to branch out into designing their own fashion-forward interpretations of the brand.

This project, called Work In Progress (WIP), has evolved into what some have deemed “the most important brand in streetwear.”

While much of WIP’s reflects Carhartt’s no frills aesthetic, it also has the elasticity to veer off into much more experimental territory.

A typical WIP launch might include subtle updates to the famous blue Michigan Chore Coat alongside a varsity jacket in technicolor purple or highlighter green. The WIP lines are also typically geared towards a more tailored, skinny cut, whereas the original Carhartt line retains its “working man’s fit.”

Many will also note the significant increase in price across the two brands, but Carhartt and Work In Progress are not selling to the same audiences — they are two distinct yet intertwined brands.

A (Fashion) House Divided Can Stand

So how exactly did Carhartt manage to find itself in the enviable position of appealing to such a wide audience? According to Esquire magazine, “Carhartt couldn’t tell you how it’s marketed to such a diverse group because it hasn’t. The company has followed working class America for 128 years and this is just where it wound up.”

In fact, Carhartt has never employed an outside agency (sad face) for any of their marketing or advertising needs. This is a rarity for a brand of its size, especially considering their proximity to The Big 3 auto companies of Detroit, who for decades were the proverbial “white whale” of the advertising industry. 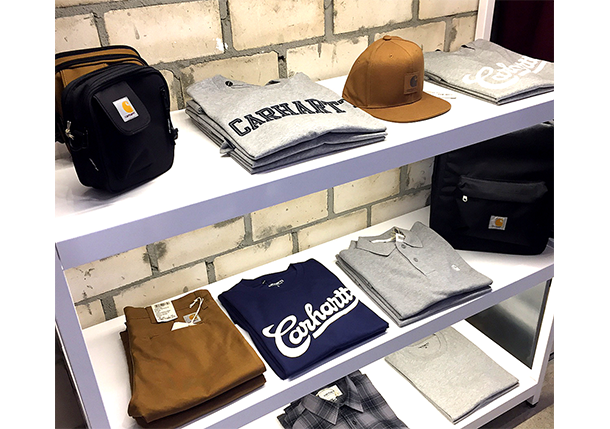 It would appear that Carhartt largely cemented its place in the world by simply being themselves. It would’ve surely felt forced had the brand tried to create something like Work In Progress in order to proactively chase the urban youth demographic.

Instead, they recognized that they had been adopted by this group of trendsetting skateboarders, graffiti artists and rappers and allowed their brand to evolve to speak directly to that audience without sacrificing their integrity.

The word “authenticity” gets thrown around a lot these days, but brands like Carhartt are a great example of what that actually looks like. They stay true to their core mission but allow themselves the flexibility to explore opportunities when they arise. So whether it’s on a ranch in Montana or a skatepark in Los Angeles, you know that gold “C” stands for quality, durability and dependability. And that is some seriously enviable brand equity. 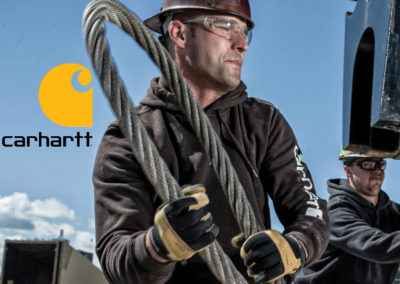 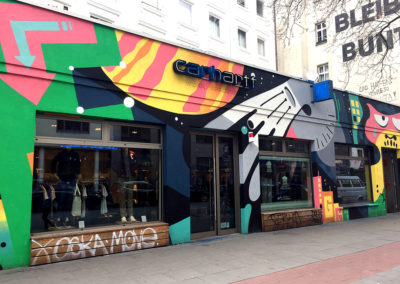 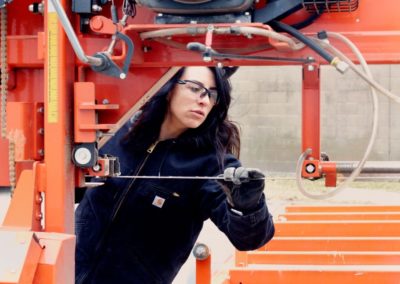 A woodworker in Carhartt