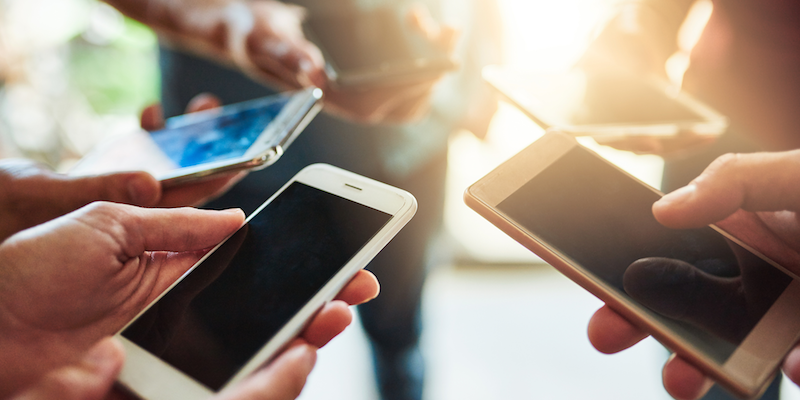 When you think of Facebook, what’s the first thing that comes to mind? Chances are, it’s not going to be business-related. From baby pictures to political soapboxing, your Facebook newsfeed likely runs the gamut between extremes. And while most brands have accepted the necessity of maintaining a presence on the world’s largest platform (1.86 billion users and counting), not everyone has embraced the Facebook advertising for what it has slowly evolved into: a targeted, measurable way to reach millions of engaged users.

What once started as a way to connect with your audience in a meaningful, direct way has become another distribution channel to be leveraged by savvy digital marketers. Yes, it still serves as a valuable tool for community engagement and communication, but if you’re not leveraging its capabilities as a targeted ad platform, you’re really only using half of the platform’s power to reach your audience. Let’s take a look at three reasons why you should be advertising on Facebook if you’re not already doing so.

When brands first began to join Facebook en masse between 2010 and 2012, they could share content with fans without restriction from complicated algorithms. If your page was able to generate 10,000 followers, each piece of content you shared would be seen by roughly 10,000 people. This turned out to be a huge boon for marketers, but Facebook caught on to this around 2014 and realized that what they were offering was essentially free advertising for brands.

So, Facebook began to monetize this relationship by restricting the flow of your “organic” content (i.e. content without any advertising dollars behind it), only showing posts to those fans of your Page whom Facebook deemed wanted to see it. If the content was not considered high value or no one seemed particularly interested in it, Facebook would stop serving it up in people’s newsfeeds. They introduced the idea of “boosted” or Sponsored posts that would allow you to insert those pieces of content into newsfeeds for a fee. 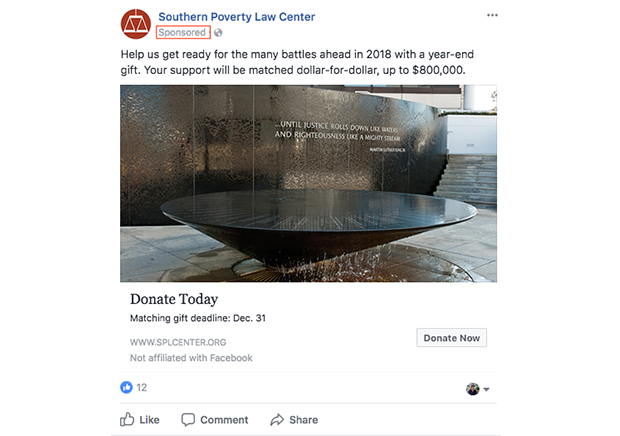 Fast forward to 2017, and we’ve seen that flow of organic content restricted to an average of between .5% to 1% of your total audience. This means that, on average, with an audience of around 10,000 followers, your content would only be shown organically to around 100 or so users. What was once a gold rush for brands is now a pay-to-play environment. The sooner you embrace that sad-but-true fact, the more return you’ll begin to generate with the platform.

2. THE ADVERTISEMENTS ARE AS ORGANIC AS THEY COME

One of the most powerful selling points as to why you should be advertising on Facebook is somewhat counterintuitive: your ads don’t have to look like ads at all. By blurring the lines between paid and organic content, marketers are able to offer up helpful, educational and entertaining content to users in a way that does not appear as invasive as some traditional advertising tactics.

While Facebook does offer more traditional placements, perhaps one of the platform’s greatest gifts is the ability to create ads that do not resemble ads. Sponsored posts simply appear as part of your audience’s normal newsfeed environment, as if they had already subscribed to your page. Your challenge, then, is to cut through that noise and grab their attention with valuable content.

Since Facebook advertising took off with the introduction of newsfeed ad placements, the platform has introduced close to a dozen different iterations within four key ecosystems where you can advertise within one particular Ad Set: 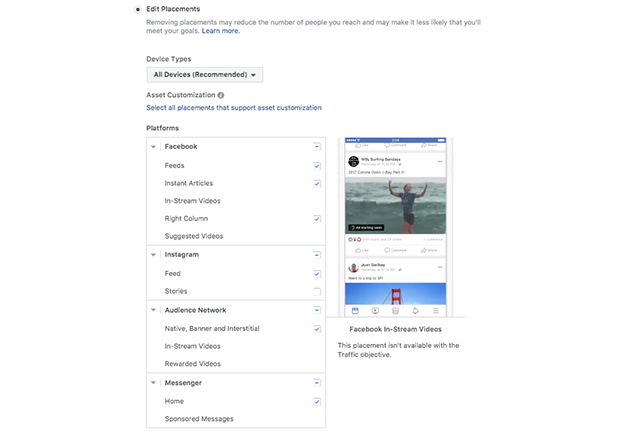 If you compare a Facebook ad campaign with a more traditional approach like a print ad or cable television placement, you’ll find three key factors in which Facebook has a marked advantage: the ads are less expensive, ad creative can be changed or edited very easily and results can be measured with a higher degree of certainty.

For example, while a single full-page print ad even in a niche trade publication can cost hundreds or thousands of dollars, you could reach your targeted audience on Facebook with a $100 boosted post. You would also be able to run several iterations of creative concurrently to test either messaging or visual identity, or you could simply change out pieces of creative as the campaign ran if you were not experiencing the results you’d hoped for.

Similarly, when the campaign is over, you’ll be able to analyze an impressive spread of data as to who interacted with your ad, including how many people saw it, who clicked on it, how much each click cost you and whether or not the ads generated traffic or conversions on your owned properties (e.g. your website).

Interested in learning more about how to ramp up your social media presence? Sink your teeth into our Quick Look at Social Media for Business!